Applying the idea of long exposure photographs, where stationary elements appear in intense detail and moving elements are blurred, these three stories focus on settings rather than individuals. The passageway, The station, and The atrium are familiar locale, but under forensic examination each reveals a hidden form that is contingent to the experience and perception of people who pass through.

The passageway, is part of a labyrinthine map of resistance. It is both a conduit and a trap where a system of repression is made operationally visible in the marks on the walls and the detritus on the floor. A figure is standing bathed in light. In contrast, the sleek surfaces of The station are used to explore anonymity in functional spaces.

In this simultaneously cavernous and claustrophobic place a young woman turns her head. Above ground The atrium is all glass: a monument to transparency and inclusivity. Yet the glass reveals its self-obsession and ultimately its downfall through distorted reflections across its surface. The security guards lean on the desk by the automatic doors.

Hilary O'Neil's interests are stimulated by visual culture and the theories that explore it. 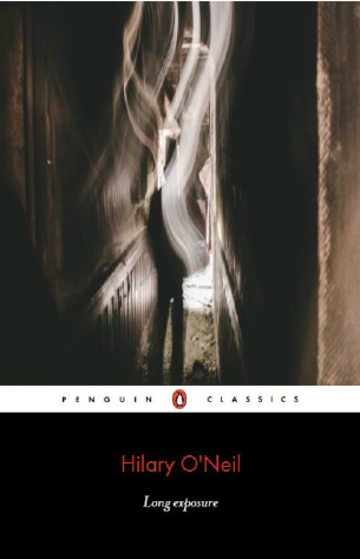