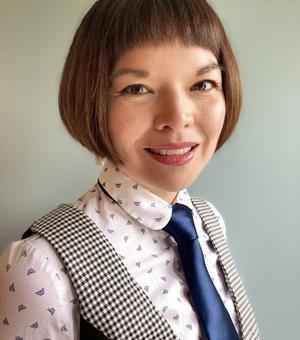 Shirley F. Tung is Associate Professor of English Literature at Kansas State University, specializing in the literature and culture of the Restoration and long eighteenth century. Her research, which spans the genres of criminal biography, epic and occasional poetry, periodicals and print media, and travel writing, has been published in The Age of Johnson, Eighteenth-Century Studies, European Romantic Review, Huntington Library Quarterly, Journal for Eighteenth-Century Studies, Restoration: Studies in Literary Culture, 1600-1700, and SEL Studies in English Literature, 1500-1900. Tung was awarded the 2020–2021 Innovative Course Design prize by the American Society for Eighteenth-Century Studies for an undergraduate class titled “The Cult of Celebrity,” which according to the selection committee, “reimagines the Senior Capstone in a boldly innovative way that invites students to explore how literature and celebrity culture have been intertwined and profoundly shaped by each other since the eighteenth century.” She is also the recipient of the 2022 Bodleian-BSECS (British Society Eighteenth-Century Studies) Visiting Fellowship, a 2023 Clark Short-Term Fellowship at the UCLA William Andrews Clark Memorial Library, and a 2023 New York Public Library Short-Term Research Fellowship.

As an OCLW Visiting Scholar, Tung will be completing research on her monograph, Creating Cosmopolitanisms: Eighteenth-Century Women Travel Writers and the Re-imagination of Identity. The book project explores how travelogues by eighteenth-century women writers—from Lady Mary Wortley Montagu to Mary Wollstonecraft—provide an occasion for their self-fashioning as traveling subjects and to reconcile their personal and national identities with foreign customs and modes of thought.