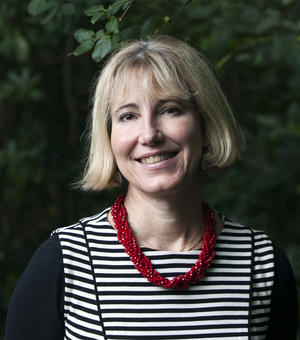 Professor Elleke Boehmer FRSL FRHistS FEA is Professor of World Literature in English in the English Faculty, University of Oxford and Director of the Oxford Centre for Life-Writing (OCLW). She is a founding figure in the field of colonial and postcolonial studies, and internationally known for her research in anglophone literatures of empire and anti-empire. Her work includes Postcolonial Poetics: 21st-century critical Readings (2018), Stories of Women (2005), and Colonial and Postcolonial Literature: migrant metaphors (1995, 2005). Her cultural history Indian Arrivals: Networks of British Empire, 1870-1915 (2015) won the ESSE prize 2015-16.

Elleke Boehmer is the author of five novels including Screens against the Sky (1990), Bloodlines (2000), Nile Baby (2008), and The Shouting in the Dark (2015). The Shouting in the Dark won the triennial Olive Schreiner award (2018). Sharmilla, and other Portraits (2010), her first collection of short stories, is now followed by To the Volcano, and other stories (2019), mostly set in the Southern Hemisphere. ‘Supermarket Love’, one of the stories in the collection, was commended for the 2019 Elizabeth Jolley Prize in Australia. Elleke is currently a British Academy Senior Research Fellow 2020, working on the project 'Southern Imagining'. She is also the co-leader of the Innovation workpackage on ‘Narrative and Intervention’ on the GCRF_UKRI Accelerate Hub (2019-2023).

Tales of the amazing light show of life