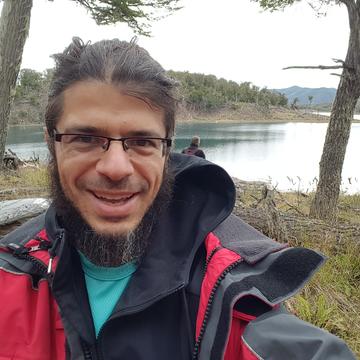 Pablo Wainschenker is a PhD candidate at Gateway Antarctica at the University of Canterbury, New Zealand. His research interests are representations of Antarctica in Spanish fiction and their links to those in English fiction, South American imagination and the idea of an “Antarctic” world before the twentieth century, and representations of the South among Patagonia’s native peoples in the nineteenth century.

He has recently published “The 'alien' next door: Antarctica in South American fiction” (The Polar Journal, 2019; with Dr Elizabeth Leane). Other works include Trapped in the End of the World, a documentary film about the Nordenskjöld Expedition to Antarctica (1901-1903) (Hiperkinesis Films; with Eduardo Sánchez and Fernando Moyano), “La Antártida, enigmático mundo sin misterios” [Antarctica, a well-known mysterious place] (Artefacto, 2015) and a number of articles published in Argentine media.