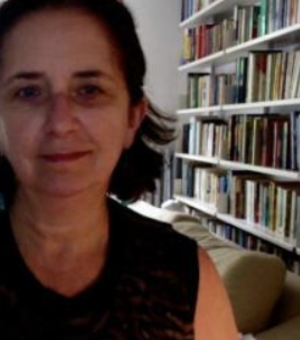 Lucy Hooberman is a documentary filmmaker, journalist and Researcher.  She has written articles for the Independent, Guardian, European and New Socialist and produced and directed documentaries for Channel Four Television, Polydor, the British Film Institute and for the third sector.  She started her career producing talks and seminars at the Institute of Contemporary Arts, and from there launched into the newly created independent production sector created around Channel 4 Television .  She has always loved photography and when she gave up writing a diary, her phone photos took over.  Lucy's formal research has focused on understanding meaning from data produced on the internet, that is data produced by people interacting with the internet.  Specifically her work on how NHS users, be it staff or citizens, use the internet helped the NHS in the early digital days, via the Guys and St Thomas' Development Forum, and the Strategic Innovation board of the NHS in the West Midlands.  Later she supported research in how GPs and others react to feedback left by patients. She worked to create the Warwick Creative Exchange which existed to match the research needs of local, regional and national arts organisations with research interests of Warwick academics and served on the academic advisory board of the Warwick Commission on the Future of Cultural Value.   Her love of history and oral history has also pervaded her work, focusing, as it does, on human behaviour rather than machine behaviour.  She conducted a large set of oral history interviews for the BBC which looked at the way in which the BBC approached going onto the internet and beyond which are housed in the BBC Corporate history archive. Most of her interviews for documentaries made in South Africa during the State of Emergency are in archives in South Africa now. This Visiting Scholarship will create the space for Lucy to research the huge field of digital genealogy, specifically the relationship between those who search and their longing, hopes and dreams and the companies who capitalise on the drama of human belonging, discovery and loss. And how the inherited story of a tiny family became the found story of a huge family scattered to the winds.

Lucy serves on the UK advisory board of the Ethical Journalism Network and the Programme Committee of the ACM WebSci conference and is a member of BAFTA.