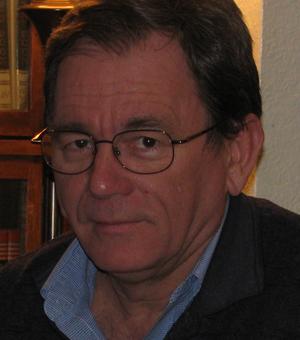 Larry D. Harwood is Professor Emeritus of Philosophy and History at Viterbo University in La Crosse, Wisconsin, USA, and occasional Visiting Professor at Tyndale Theological Seminary in Badhoevedorp, Netherlands. In the spring term of 2008 he was an American Fulbright Scholar at the University of Lisbon, Portugal, in the Program in Theory of Literature.  Interest in history has prompted interest in the historical novel, and he has in preparation a story of religious migration set in contemporary China and America and entitled The Bicyclists.

He is currently finishing a book on Bertrand Russell and religion, Mad About Belief: Religion in the Life and Thought of Bertrand Russell, published by Wipf and Stock, while researching for an historical work on Puritan sympathies in British East Anglia in the seventeenth century.  Published works include Tumults in Thinking: A Basic History of Western Philosophy from Pre-Socratics to Postmodernists (Kendall-Hunt Publishers, 2018); Medieval Civilization: Formation, Fruition, Finality and Fall (Wipf and Stock, 2016).  Growing up on a farm in rural Piedmont North Carolina, he opted for Agricultural Education for undergraduate degree, but in time took graduate degrees in philosophy. Eventually he became interested in English and American history of the seventeenth century and in the writing of fiction.