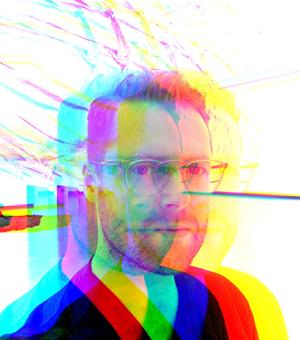 Henry Martin is a PhD researcher in the School of Visual Culture at the National College of Art and Design (NCAD), where he also lectures in art history and theory. Henry currently researches the role of American women art dealers promoting modernism in NYC between 1900 and 1950 and in particular the role of life writing and visual portraiture as a methodology within art history.

Henry has lectured at Camberwell College of Art, University for the Creative Arts, Edinburgh University and CityLit, and he was a Fulbright-Creative Ireland Fellow at the Smithsonian Institution's Archives of American Art in 2022 (also supported by the Tavolozza Foundation).

Henry's publications include Agnes Martin: Pioneer, Painter, Icon (Benjamin Franklin Award), Yappo (Tipperary Artist Award) and he is a contributor to Phaidon's Great Women Artists (2019) and Great Women Painters (2022). Henry has interviewed and written on hundreds of artists including Adrian Piper, Wangechi Mutu, and Liliane Lijn. Publications (past and forthcoming) include the Journal of Illustration, Burlington Magazine, Irish Journal of American Studies, Irish Times, and The Planthunter. Henry has a BA International in English and Philosophy (NUIG), MA in Theatre (RHUL), and MRes in the Art Market and the History of Collecting (University of Buckingham and the National Gallery, London). His plays, poetry, and creative writing are also widely published and performed in the UK, Ireland, and the US.

Further information on his academic and creative projects can be found on http://www.henry-martin.com and http://www.impresario-project.com.