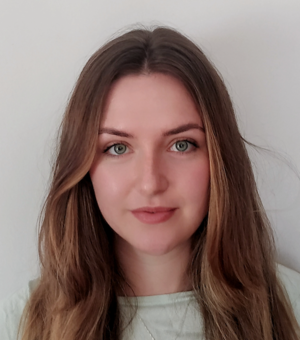 Freya Marshall Payne is a writer, Spanish translator and doctoral student at the OCLW and Department of Education. Her ESRC-funded research seeks to use a life-story approach to explore women’s experiences of hidden homelessness and precarious housing in England today. This is an interdisciplinary project spanning life-writing, education and contemporary social history. She will be using a range of methods to co-produce research with participants, including: creative arts-based research methods to facilitate their own life-writing, walking interviews to map their Oxford and biographical interviews.

Freya is particularly interested in the ways women's life-stories interact with wider political, economic and social change and what women’s experiences of hidden homelessness can tell us about gender and the welfare state - including the education system as well as housing and welfare provision. She is a Visiting Research Fellow at Queen Mary University of London's Mile End Institute.

Her wider research interests include personal testimonies as sources; working class politics and culture; and grassroots activism and media-production, from the university to housing movements. She co-convenes the the Oxford Oral History Seminar and, in collaboration with Dr Katherine Collins, the Oxford Centre for Life-Writing's Life-Writing of Immeasurable Events project. A trained oral historian, Freya holds a Master’s in Modern British History (Distinction) from St Hugh’s College, University of Oxford.

Freya’s journalistic writing tackles topics including history, education, class, feminism and culture. Her writing has appeared in titles such as The Guardian, Vice and Prospect Magazine. Her fiction and non-fiction reviews have appeared in the Times Literary Supplement, Los Angeles Review of Books and the journal Twentieth Century British History. Her poetry has appeared in a range of online magazines and the edited pamphlet The People’s House (Common Books, 2019).