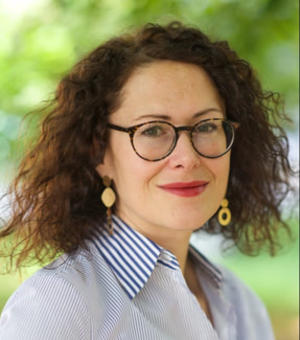 Dr Mayer studied English and History at the universities of Graz, Sussex, and Vienna. In 2011, she completed her PhD thesis on the reception of Oscar Wilde's works on twentieth-century Viennese stages as part of the research project "Weltbühne Wien - World Stage Vienna" and was awarded her doctoral degree under the auspices of the Austrian Federal President (promotio sub auspiciis praesidentis rei publicae). She subsequently worked as a lecturer in English Literature and Culture in the University of Vienna's English Department and as a senior research and teaching associate in the English Department at the University of Zurich, Switzerland.

In 2017, she was awarded a Hertha Firnberg Research Fellowship by the Austrian Science Fund (FWF) for a three-year research project dedicated to exploring the intersections of "Art and Action: Literary Celebrity and Politics" (2018-2021). The project will be undertaken in collaboration with the Oxford Centre for Life-Writing at Wolfson College, University of Oxford.

She has lectured and published widely on the British and European reception of Oscar Wilde and have co-edited the volumes Ireland in Drama, Film, and Popular Culture (WVT, 2012) and Ireland in/and Europe: Cross-Currents and Exchanges (WVT, 2012). Her monograph, Oscar Wilde in Vienna: Pleasing and Teasing the Audience, was published with Brill-Rodopi in July 2018.

As a literary and cultural historian, her research interests include literary celebrity and authorship, life-writing, bio-fiction, cultural transfer and reception, literary networks and cosmopolitanism, literature and culture of the Victorian Age and the Fin de Siècle, and Neo-Victorianism.