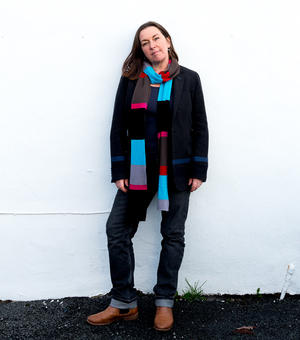 Books
Eve, Virago Press — 2021
The story of a family struggling to adjust to a new climate of permanent political crisis, loss of democracy and the effects of climate change. Rooted in the colours and forms of the Yorkshire Landscape this work is made partly in pencil and partly in digital paint. Supported by Arts Council England.

Cree, Mayfly Press — 2018
Commissioned by New Writing North and Durham Book Festival. A short story about a group of women living in rural Stanley, County Durham, who help one another with friendship, support and creative production in an empty shop on the high street.

On Sanity: One Day In Two Lives — 2016
A mother and daughter life story about psychosis and treatment under the Mental Health Act. Supported by Arts Council England.

Becoming Unbecoming, Myriad Editions — 2015
A socially and politically contextualised memoir about growing up a girl in Yorkshire in the late 1970s. Becoming Unbecoming has been featured on BBC Radio 4 Woman’s Hour, at the London Literature Festival, in El País, Newsweek and the New York Times. Translated into Spanish, French, Italian, Dutch, Portuguese (Brazlian) Turkish, there are two English language editions from Myriad Editions (2015, UK) and Arsenal Pulp (2016, North America). The French edition L’Une D’Elles (2018) was awarded a Prix Artémisia in 2019. The book has been adapted into a play in Brazil.