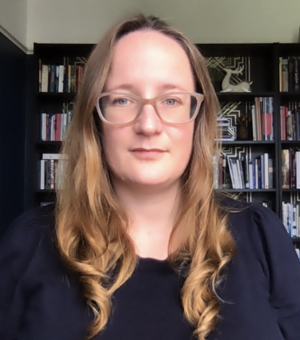 I am a poet and a Leverhulme Research Fellow at the University of Oxford. My research interests include the creative and critical practices involved in the writing of marginalised lives, issues like the politics and poetics of life-writing, testimonial cultures and witnessing, and autobiographies of resistance. I teach life-writing for the English Faculty and qualitative research methods at the Department of Education.

I am currently researching a book based on Boaventura de Sousa Santos's Epistemologies of the South: knowledges that emerge from social and political struggles. Santos has suggested that ‘there are epistemologies of the South only because, and to the extent that, there are epistemologies of the North’ (The End of The Cognitive Empire, 2018, p. 2) and he has also identified ‘epistemological little Europes’ that exist and are dominant across the former Imperial South. In this way the geographical and the epistemological South overlap, but only partially. What interests me is Santos’s idea that epistemologies of the South are founded on the ‘sociology of absences’. In other words, turning absent subjects into present subjects is the foremost condition for identifying and validating knowledges. Which is where I think the study of life-writing (broadly defined, writing especially) comes in. I'm drawing on the writings of Paulo Freire, Orlando Fals-Borda, Muhammad Anisur Rahman, Akinsola Akiwowo, and Teresia K. Teaiwa, to name a few examples.

My poetry has appeared or will appear in Finished Creatures, Shearsman Magazine, Ink Sweat and Tears, Anthropocene, The Rialto and the SciPo (science poetry) 2021 anthology Science of the Seas. My debut pamphlet For the Apocalypse Team was shortlisted in The Rialto 2020 Open Competition. I'm studying for an MFA in poetry at the Manchester Writing School.