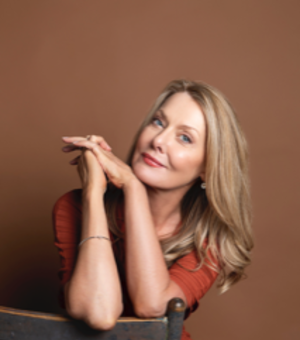 Anna Funder is the author of the internationally acclaimed and award-winning books Stasiland, and the novel All That I Am. She is currently working on a creative biography called Wifedom: The Invisible Life of Orwell’s First Wife, which will be published by Penguin Random House in the UK, Australia and the USA in early 2023.

All That I Am has been published in 25 countries and awarded many prizes including Australia’s most prestigious prize for the novel, the Miles Franklin. It is currently being made into a feature film in a UK/Australia/Germany production starring Vanessa Redgrave, Rufus Sewell and Eliza Scanlan. The novel was BBC Book of the Week and Book at Bedtime, and The Times Book of the Month.

Stasiland, hailed as a ‘classic’, has also been published in 25 countries. It was awarded the Samuel Johnson Prize in 2004, and was a finalist for many other awards including the Guardian First Book Award, the Age Book of the Year Award, and the W.H. Heinemann Award from the Royal Society of Literature. It is currently being made into an international television series.

Before turning to writing Anna practiced as an international lawyer for the Australian Government, specializing in the implementation of human rights law and treaty negotiation. She holds a BA(Hons) LLB(Hons) and MA(Hons) from the University of Melbourne and a Doctorate in Creative Arts from the University of Technology Sydney. Anna is a Vice Chancellor’s Fellow (Creative Writing) at the UTS, where she has been named a ‘Luminary’. She a former DAAD Fellow, member of the Australia Council for the Arts, and Rockefeller Foundation Fellow.