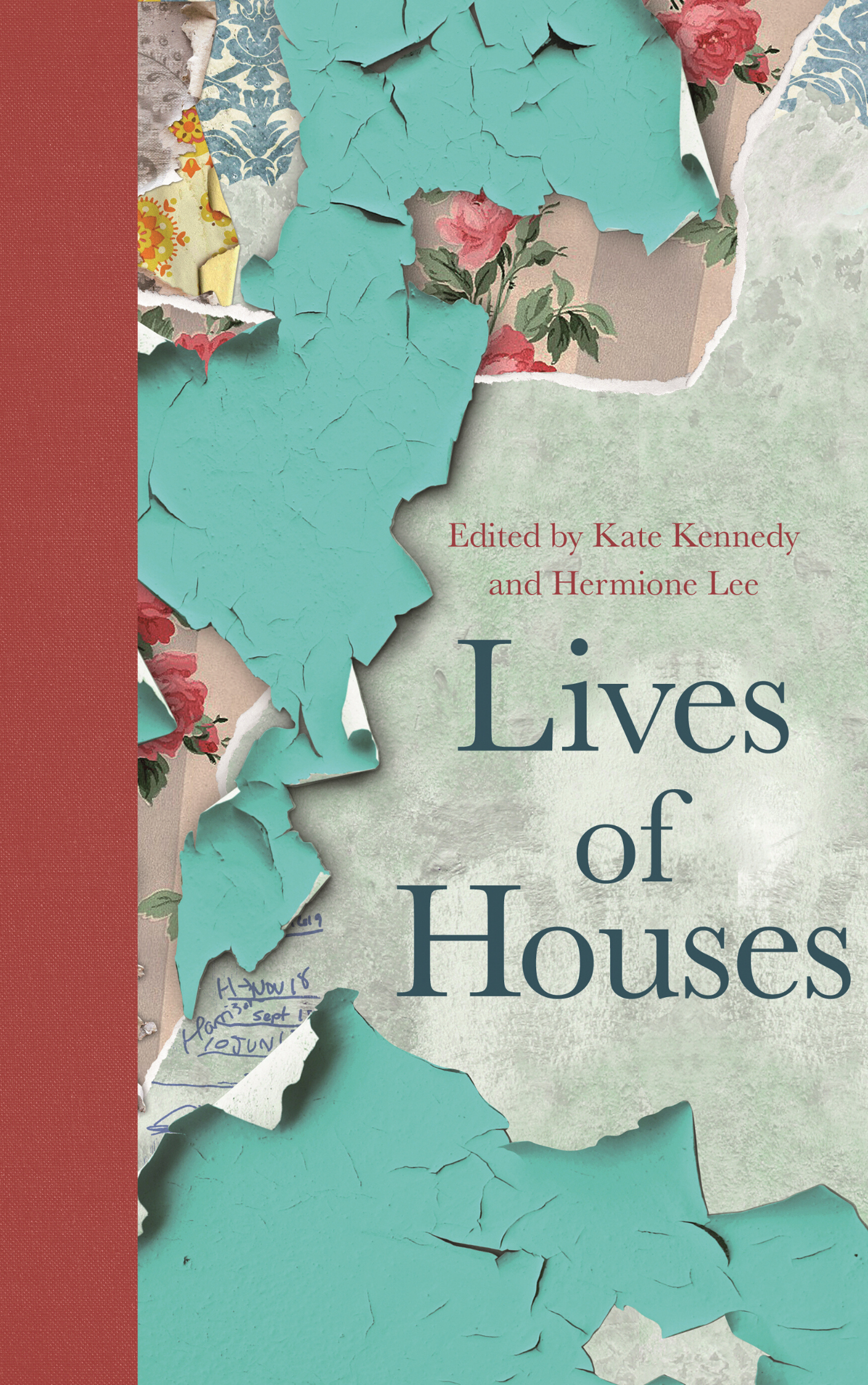 Lives of Houses is an interdisciplinary and eclectic collection of essays, poems and illustrations that asks questions about the relationship between houses and their inhabitants and inheritors.

The book is OCLW’s first monograph, dedicated to the late Harry Weinrebe, the philanthropist whose foundation enabled the creation of OCLW. It will, we hope, be a lasting monument to the work we do at the Life-Writing Centre.

Lives of Houses tells an underlying story that begins with quests for houses and ends with their reconstruction or rediscovery. In between it explores the family life that goes on in houses, and the dreams and fantasies and hopes that attach to them.

Lives of Houses was published by Princeton University Press, in the UK and in the States, on 9 March 2020, the week in which our world went into lock-down. For many readers the book’s timing was especially resonant. A book which is concerned with how we think about and look back on the places we live in, has been welcomed as particularly interesting, helpful and consoling even as we all try to ‘stay at home’.

For more on the book’s timing, read further…

“Lives of Houses…brings together some of the best writing about the home that I’ve ever had the pleasure to read—and, crucially, loads of black-and-white photographs and illustrations… Kennedy and Lee pleasingly assert the freedom to consider not only houses, but also house-related themes.” – Kate Bolick, New York Review of Books.

"A series of interesting essays about the houses of famous writers, composers and politicians."
—Martin Chilton, The Independent

"Lives of Houses is an enjoyable and at times outstanding gathering of idiosyncratic voices."
—Kevin Jackson, Literary Review

"A rich and eclectic collection of essays about the role houses play in people’s lives and our fascination with the homes of our creative heroes."
—PD Smith, The Guardian

"The joy of the book lies in the sheer variety of its subjects’ domestic routines. . . . Life-writing of this kind has the power to animate its subjects in ways that Sunday afternoon tours cannot."
—Helen Barrett, Financial Times

"Lives of Houses is a delight for bibliophiles."
—David Luhrssen, ShepardExpress.com

"Accessible, though with an obvious intellectual bent, Lives of Houses does not try to really answer the question of what houses mean to the people who live in them, but rather, calls readers to consider more broadly why these structures have such a hold—both physically and in how they frame the concept of home."
—Michelle Anya Anjirbag, Shelf Awareness

"Pilgrimages to the houses of late artists and writers are often destined to disappoint. Many of us go with grand hopes of finding something revelatory—we’re not sure what—that will make us feel closer to the person, perhaps lead us to discover something hidden about their work. Lives of Houses . . . is a collection of essays largely centered on such pilgrimages and what we unexpectedly find."
—Elisa Wouk Almino, Literary Hub

"The joy of the book lies in the sheer variety of its subjects’ domestic routines. . . . Life-writing of this kind has the power to animate its subjects in ways that Sunday afternoon tours cannot."
—Helen Barrett, Financial Times

"An anthology with a concept both interesting in itself and unintentionally topical."
—Carol Rumens, The Guardian

"Lives Of Houses is a collection of 20 or so essays, and several poems, on the houses of an eclectic selection of people — some of them famous, some obscure, ranging in time from the Roman Empire to the present day."
—Constance Craig Smith, Daily Mail

"The real object of study in Lives of Houses . . . is not the fascination with celebrity relics or the gossip over the scale and provenance of literary real estate, but the actual nature, tone and temperament of our attachment to place and home as dream-habitat and creative source."
—Gregory Day, The Australian

"No other book explores the central role that house and home play in the biographies of authors and artists with so much sophistication, acumen, and tenderness. There is a lot to like in Lives of Houses."—Deidre Shauna Lynch, author of Loving Literature: A Cultural History

"Lives of Houses does that clever thing of filling a gap that, until this moment, had not been noticed."—Kathryn Hughes, author of The Short Life and Long Times of Mrs. Beeton