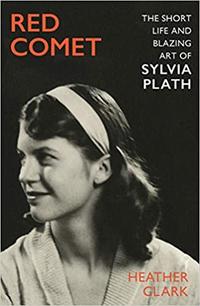 Heather Clark, whose 1,100-page biography of Sylvia Plath was published by Alfred A. Knopf and Jonathan Cape in October 2020, talks about her experience writing the life of an iconic figure who has been mythologized and pathologized for half a century. Clark spent eight years researching and writing her biography. Her book draws upon a wealth of new material—including key letters, interviews, manuscripts, and psychiatric information—to give a fuller portrait of Plath’s early life, college years, marriage to Ted Hughes, and literary career. Clark will discuss the fraught history of Plath biography, her own decision to write a new life of Plath, and some of the challenges she encountered along the way. She will also talk about the merits of “slow” biography in the age of the soundbite, and why we need more big biographies of women.

Heather Clark is Professor of Contemporary Poetry at the University of Huddersfield, and the author of three books on modern poetry: The Ulster Renaissance: Poetry in Belfast, 1962-1972 (Oxford UP); The Grief of Influence: Sylvia Plath and Ted Hughes (Oxford UP); and Red Comet: The Short Life and Blazing Art of Sylvia Plath (Knopf). She has received recent fellowships from the US National Endowment for the Humanities, the Leon Levy Center for Biography at the City University of New York, and the Eccles Centre for American Studies at the British Library, and has been a Visiting Scholar at the OCLW. She is currently working on a book about the Boston years of Sylvia Plath, Anne Sexton, Adrienne Rich and Maxine Kumin, to be published by Knopf.

The video will be available to watch here.

Please note: the video will go live at 5:30pm on 2 March. If you have clicked through to the video page and the talk does not begin to play at 5:30pm, please refresh your browser.