The Lives of Naturalists

The Lives of Naturalists 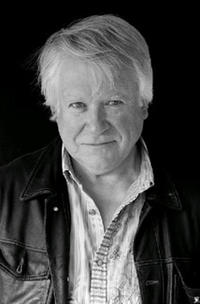 Richard Mabey is, as Alexandra Harris describes him in her introduction to this term's Weinrebe Lecture, the 'bubbling wellspring of modern nature writing'.

In this special conversation, Richard and Alexandra delve into a life-writing classic, Richard's biography of Gilbert White, which won the Whitbread Biography Prize in 1986. They discuss what drew him to write about 'this quiet curate of Selbourne' and the ways in which a writer's sense of place may shape their writing.

This is the first instalment of what we hope will become an annual collaboration with the Arts of Place Network at the University of Birmingham, which promotes work on cultural histories of landscape, locality and environment.

Richard Mabey is the author of some thirty books, including The Cabaret of Plants: Botany and the Imagination (2015), and Whistling in the Dark: In Pursuit of the Nightingale (1993), winner of the East Anglia Book Award, 2010, in a revised version entitled The Barley Bird, Beechcombings: the narratives of Trees (2007), the ground-breaking and best-selling “cultural flora” Flora Britannica (1996), winner of a National Book Award, and Gilbert White, which won the Whitbread Biography Award in 1986,. His recent memoir Nature Cure (2005), which describes how reconnecting with the wild helped him break free from debilitating depression, was short-listed for three major literary awards, the Whitbread, Ondaatje, and J.R. Ackerley prizes. His latest book is Turning the Boat for Home (2019). He writes for the Guardian, New Statesman and Granta, and contributes frequently to BBC radio.

Alexandra Harris is a Professorial Fellow in English at the University of Birmingham, and was previously Professor of English at the University of Liverpool. Her academic research is currently funded by a Philip Leverhulme Prize. She is a Fellow of the Royal Society of Literature, and has been a judge for the RSL Ondaatje Prize, the Royal Academy of Arts Wollaston Award, the Authors' Foundation Awards, and the Observer/Anthony Burgess Prize for Arts Journalism. She is the author of several books, including Time and Place (2019), Weatherland (2015), and Romantic Moderns (2010). Her next book, to be published by Faber in 2021, is about sense of place, local history and changing perceptions of landscape.