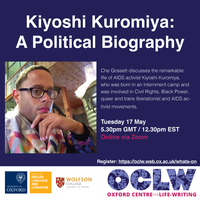 Abstract: My talk focuses on the remarkable life of AIDS activist Kiyoshi Kuromiya, who was born in an internment camp and was involved in Civil Rights, Black Power, queer and trans liberationist and AIDS activist movements. I argue that abolition — from closets to cages — is the thread that sutures together his participation in these social movements, which are so often historicized as discrete.

I also explore how Kuromiya radicalized and democratized his collaborator Buckminster Fuller's techno futurism with the use of technology and the internet for HIV/AIDS activism — including incarcerated activism and how he simultaneously extends Fuller’s legacy as well by posthumously editing and publishing his books as his “adjuvant.” I discuss how HIV/AIDS lies at the nexus of anti-blackness, racial capitalism and the carceral state. I unpack how HIV is entangled with the “scramble for Africa” and how both the history and etiology of HIV/AIDS are mediated by colonialism. I situate Black queer and trans AIDS activism within the larger context of the Black radical tradition. I show how the Black AIDS activist struggle is part of a longer trajectory of insurgent resistance to the violence of premature death. I consider how Kuromiya's story opens up questions about the politics of solidarity and also think through the import of his life and work for Asian American and Japanese queer theory and studies. Finally, I raise questions about the genre of biography itself and what possibilities might exist beyond the individuated self as the object of biography. 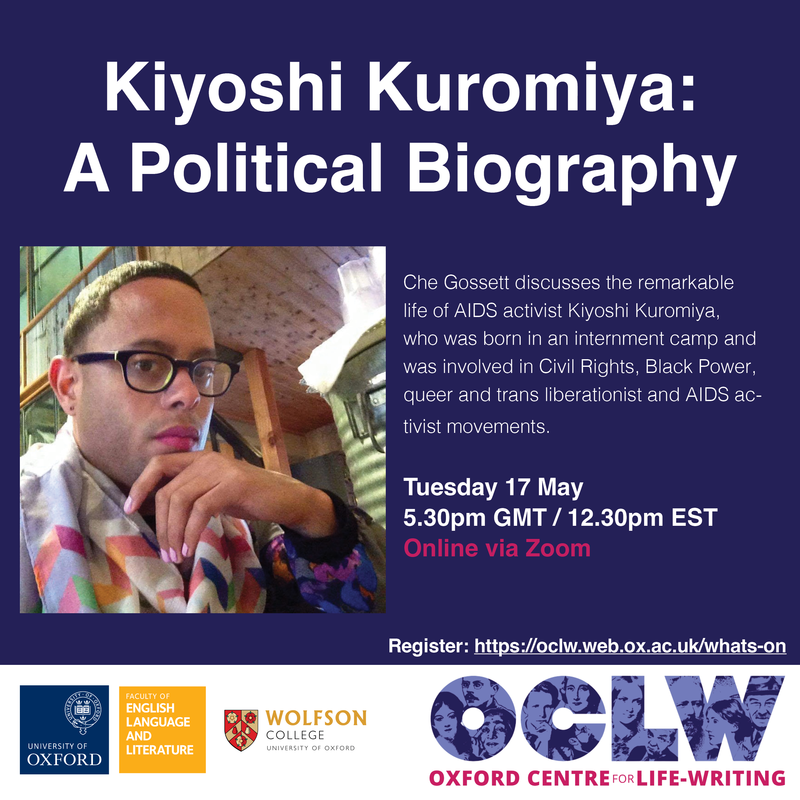