In a fascinating contribution to the Weinrebe Lectures, Adam Phillips discussed the work of three thinkers who were suspicious of and hostile to biography.

In his 1836 work Nature, Emerson set out his case against biography. He liked originality, not to interpret through filters. Biography, history and criticism prevent us having an original relationship to the universe. Emerson wants us to be on the road, not too much in the library. He was preoccupied with biography and endlessly debated how the past was being used and how it should be used. History could be a source of freedom, and biography could be about our fundamental possibilities and potential. Emerson wanted to know what the best use we could make of other people’s lives in our own lives, but feared that they gave us tradition but not insight. Emerson was not sure if he wants end to biography or new biography.

For Proust, the tyrannies of past were bound up with biography. Proust biographies, of course, assume that books are fictionalised autobiography. His narrator has a lot to say about the uses and abuses of biographical truth. For example, he suggests than an interest in biography is a consequence of sexual jealousy. The biographical imperative is to find out about the life we hope to possess as though there is no other way to know people except biographically. Proust’s narrator hates his need for the subject of biography and wants to know her to create illusion he is in control. Proust suggests biographical research & writing may save us from entrapment/inertia/paranoia. But biography itself can be entrapment.

Freud believed that biography was the past and psychoanalysis was the future. He believed that there was danger in biography’s claims to truth and effectiveness. Freud was both threatened and obsessed by biography. Contemporaries were interested in ‘pathography’- the uses of illness to explain work. Freud was concerned that psychoanalysis was reductive when applied to great men and didn’t want it misused. Pathography makes individuals the same and reduces them to symptoms. But if pathographers make them worse, biographers idealise them. He saw biographers as fixated on their heroes and that people who read and write biography are people who’ve never grown up. They are addicted to their own pasts in the guise of giving us other people. Freud was threatened by the idea that he might be a subject. He thought that truth telling can only be done by the subject himself through free association.

All three, Emerson, Proust and Freud want us to be suspicious about biography, but ultimately this is very revealing of their own fears and wants.

move to carousel movement controls
Woven into the Fabric of the Text: Subversive Material Metaphors in Academic Writing 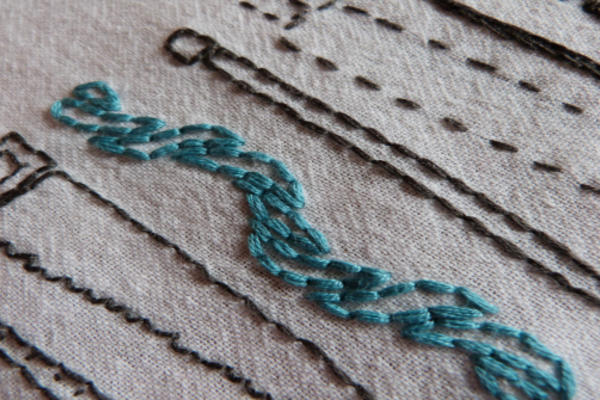 Woven into the Fabric of the Text: Subversive Material Metaphors in Academic Writing

Woven into the Fabric of the Text: Subversive Material Metaphors in Academic Writing